Alex Trebek has Passed Away at 80 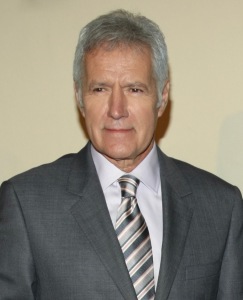 Alex Trebek, the long time host of Jeopardy! has passed away at the age of 80 after a 20 month fight with pancreatic cancer.

Mr. Trebek was born in Sudbury, Ontario, Canada on July 22nd, 1940 and grew up speaking both official languages of Canada – English and French.  He would graduate from the University of Ottawa with a degree in Philosophy.

His first break was with the Canadian Broadcasting Corporation (CBC) filling in for other announcers.

From 1971 to 1972, he hosted the local morning talk show on the CBC Toronto radio station.

Mr. Trebek has become famous as a game show host, hosting a quiz show for the CBC called Reach for the Top, in 1966. In 1973, he moved the United States to host The Wizard of Odds for NBC.  A year later, he hosted High Rollers, followed by Double Dare on CBS.  He also hosted the short lived game show, Battlestars.

However, Mr. Trebek will be remembered for being the host of Jeopardy! for 36 years starting in 1984 until his passing.

He announced that he had been diagnosed with Stage IV pancreatic cancer in early March 2019.  Early treatment seemed encouraging, and he kept up with his hosting of Jeopardy!, even taping episodes of the current 2020-2021 season.

He even appeared on an episode of The Golden Girls alongside Jeopardy! creator Merv Griffin:

Mr. Trebek became a naturalized American citizen in 1998.  He was married twice, first to Elaine Callei from 1974 to 1981 and then to Jean Currivan (since 1990) with whom he had two children with.  He was made an Officer of the Order of Canada in 2017 for his achievements in television.

3 Responses to Alex Trebek has Passed Away at 80