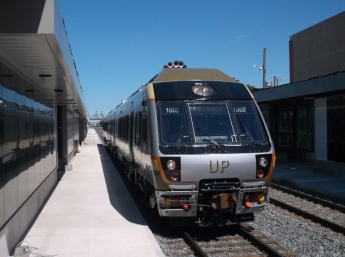 On June 6th, 2015, the Union-Pearson Express (UPX) started service between Toronto’s Union Station and the Lester B. Pearson International Airport.

The trains, consisting of two or three car consists, are Diesel Multiple Units (DMUs), and depart from Union Station and the airport every 15 minutes, and take 25 minutes to go one way.

The train makes two stops along the way: at Bloor GO station (which is a very short walk from the Bloor-Danforth line) and at Weston GO station.

There are several different fares, as well as a large discount for PRESTO users.  For example, a one way adult fare from Union to Pearson costs $27.50, however the PRESTO adult fare is $19.00.  Employees at Pearson receive a discount, as do people who are only making a quick trip to the airport and back.  It also costs less if you get on or off at Bloor or Weston station.

The interior of the train consists of two and two seats, accessible seating, WI-FI, and luggage racks: 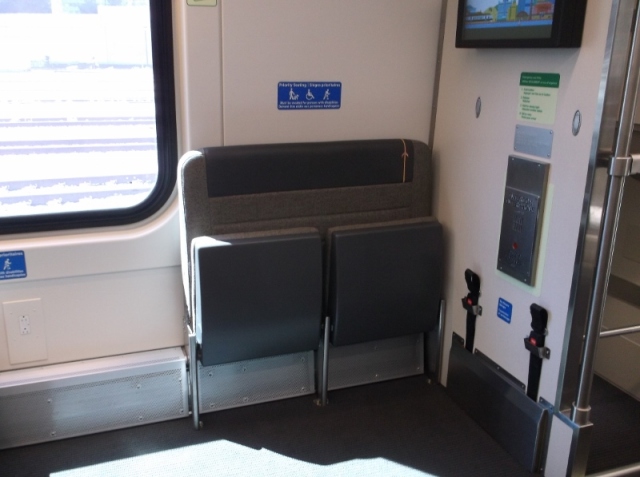 And finally, some pictures of the service as trains come and go from Bloor station: