As we approach the New Year, I’d like to reflect on some of the events that have occurred over the past year.

Canada celebrated the 200th anniversary of the birth of its first Prime Minister, Sir John A. MacDonald.

Target announces that it will be closing its stores in Canada, affecting over 17,000 employees, due to continued losses. 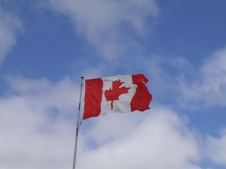 Leonard Nimoy, the actor who played Mr. Spock television series and movies, passed away at the age of 83.

Just three weeks after the freight derailment in Gogama, another railway derailment occurs only a few miles from the site of the first derailment.

Germanwings Flight 9525 crashes into the Alps killing all 150 people aboard.  The crash was deliberately caused by the co-pilot who had been suffering from suicidal tendencies that were unknown to his employer at the time of the crash.

Federal Cabinet Minister John Baird resigns from Cabinet and the House of Commons.

A historic change to the Ascension Act allows for royal ascension to be changed from the first born son to the first born child, with the Assent of the Succession to the Throne Act, 2013 in Canada, and the enactment of the Succession to the Crown Act 2013 in the United Kingdom.  The new rules allow for an older sister to ascend to the Throne of Canada ahead of her younger brother and will apply to all royal children born after October 28th, 2011.

148 people, mostly students, are killed in a massacre at Garissa University College in Kenya.

The World Health Organization (W.H.O.) declares that rubella has been eradicated in the Americas.

On May 2nd, the Duke and Duchess of Cambridge’s second child, Princess Charlotte of Cambridge, was born.

On May 5th, the New Democratic Party (N.D.P.), under Rachel Notley, ending 44 years of Progressive Conservative rule.  The Progressive Conservatives were reduced to third place, and had the longest serving tenure of any political party in Canadian history.  This also marked only the fourth change in Government in Alberta’s 106 years since joining Confederation. 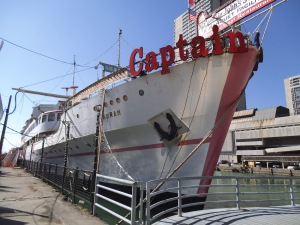 40 years of history came to an end in Toronto as the Jadran, the home of Captain John’s Seafood, was hauled away to be scrapped.

Just days after being re-elected, FIFA President Sepp Blatter announced that he would step down as President of FIFA once the governing committee was able to hold a new election to elect his successor.  He would later be suspended when FIFA started an investigations against him with regards to bribes made to the UEFA President.

Connor McDavid was drafted first overall in the 2015 NHL Draft by the Edmonton Oilers.

The Chicago Blackhawks defeat the Tampa Bay Lightning to win the Stanley Cup. 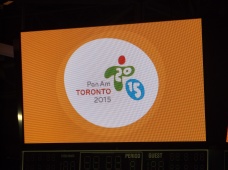 The Pan Am Games are held between July 10th and 26th in Toronto, Ontario.   Team Canada would win 217 medals in total during the event, and the team was comprised of 720 athletes, the most that Canada has sent to any event.

On July 30th, the Toronto Blue Jays traded Daniel Norris, Matt Boyd, and Jairo Labourt to the Detroit Tigers for David Price.  Two days before the Blue Jays would trade a number of players, headlined by José Reyes to the Colorado Rockies for Troy Tulowitzki and LaTroy Hawkins.

On Simcoe Day, David Price made his debut with the Toronto Blue Jays at home.

Queen Elizabeth II became the longest reigning Monarch in the history of the British Commonwealth when she passed the mark set by her great-great-grandmother, Queen Victoria.

On the last day of September, the Toronto Blue Jays would win their first American League East Title in 22 years, as well as their first post-season appearance since their World Series win in 1993.

On October 19th, Justin Trudeau – the son of the former Prime Minister, the late Pierre Elliott Trudeau – would lead the Liberal Party to a majority Government in the Federal Election.  This marked an end to nine years of Conservative rule under Stephan Harper.

Veteran actress Maureen O’Hara passed away at the tender age of 95.

The new Liberal Government under Justin Trudeau is sworn in.

On November 15th, Paris would see a series of co-ordinated terrorists attacks.  130 people would lose their lives, and another 368 people would be injured.

The Edmonton Eskimos won the 103rd Grey Cup 26-20, beating out the Ottawa RedBlacks who were making their first appearance in the Grey Cup since joining the Canadian Football League (C.F.L.) at the start of the 2014 season.

In December, the 2015 United Nations Climate Change Conference concluded with the signing of the Paris Agreement to support reducing emissions.