On August 31st, 2014 the Toronto Transit Commission (TTC) entered their new Flexity Outlook streetcars into service along their 510 Spadina Line.  Two of their new cars, #4400 and #4403, operated along Spadina Avenue between Spadina Station and Queen’s Quay.

The new cars, the first two of the 204 that the TTC has on order, will continue to operate along Spadina Ave.  Other new streetcars will enter service as they arrive and will eventually expand to all their routes.

The TTC has announced that it will take up to five years for them to fully implement the new fleet and retire their current Canadian Light Rail Vehicle (CLRV) and Articulated Light Rail Vehicle (ALRV) some of which entered service back in the late 1970s.

Here are some pictures of #440o in service: 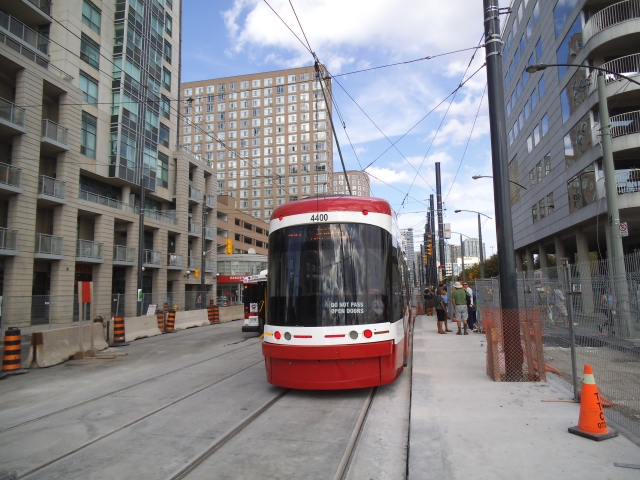 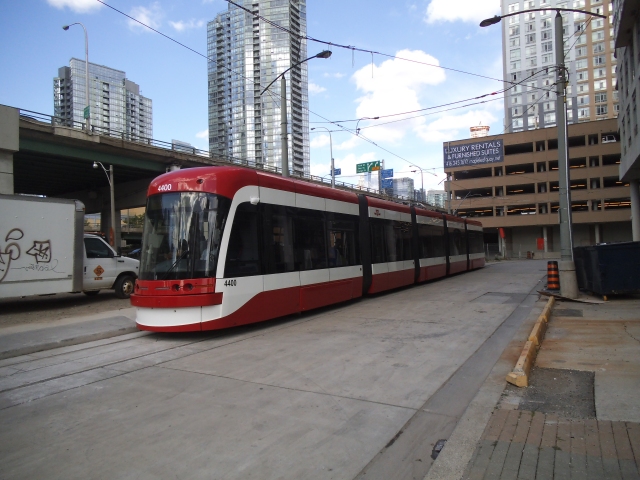 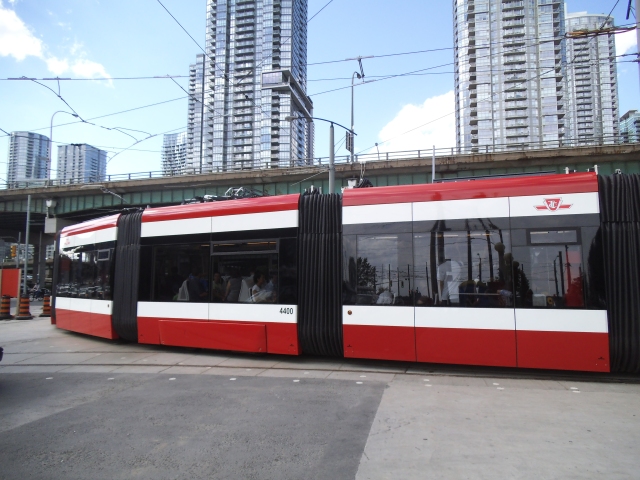 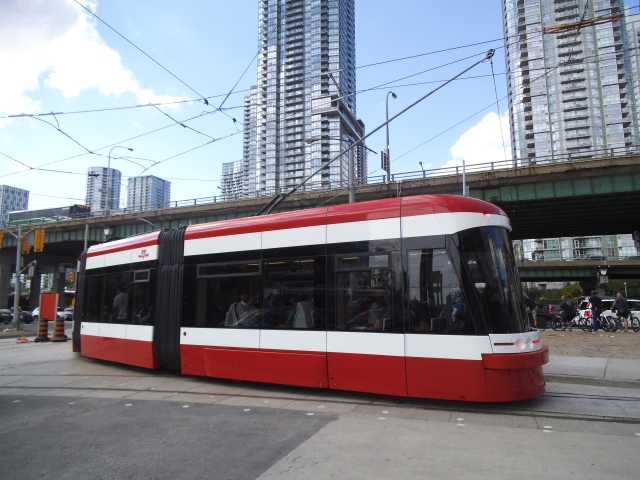 Toronto can now officially welcome their new streetcars in town.

2 Responses to New Streetcars in Toronto